Favourite Thing: Working together. Whether it is discussing with my professor about new ideas that we get from my data, going on fieldwork and sample together, or brainstorm over a beer with my colleagues.

Country I live in:

Me and my work

I am looking at rocks taken from 300 meters underground in the Southwest of Spain to figure out how, six million years ago, a change in climate and in water flow between the Atlantic Ocean and the Mediterranean Sea caused a huge layer of salt of 1 km thick.

6 million years ago, something remarkably happened. Somehow the Mediterranean sea got closed off from the Atlantic Ocean. Since you know the sun is shining a lot around the Mediterranean, the water started to evaporate and the whole sea started to dry out..! Since most of the sea water escaped, the remaining water became very salty, and big layers of salt started to fall down on the sea floor. At some places below the Mediterranean sea floor today we find a salt layer of 1 km thick! However, imagine you would take all the salt of the seawater from the Mediterranean of today, and would put it on today’s seafloor, you would only get a layer of ca. 10 meters. So where did the salt came from that formed those other 990 meters? We think it still came from the Atlantic ocean, but only through a very small connection, where this connection was and how it worked I am trying to find out.

What I do is, I look at sandstone and claystone (so very old sand and clay) that got put down in the sea during the time of this whole salt crisis that i described above. I try to see if it maybe got formed in a sea strait (the missing connection?!) and try to see how old these stones are exactly so i can reconstruct how the sea and it’s connections transformed over time.

Sitting in my office, with the data from my rocks, doing data-analysis, make nice graphs, write about them, and dicuss my results with my professor. Sometimes I need to go into the lab to do more measurements and get more data, sometimes I go on fieldwork to collect more samples (rocks) to measure in the lab

What I describe above is maybe a typical day. but not the best part of my job. The best part of my work is that I am part of a big research project in which 10 young scientist are involved, all from different countries and working all over Europe. Together we are working on this same question: what did the Mediterranean sea look like 6 million years ago, how did all this salt come on the seafloor, and how did the connection to the Atlantic ocean work that caused that. The difference is that everyone of us has a different approach to the same question. Some use chemistry, some go on fieldwork, some look at fossils, some use computer models.  Throughout the last 2 years we have met up many times to get training, learn from each other, and work together! This way we have not only become friends, we also are team on a mission, in which we try to combine our different specialties and do research together which involves a lot of communication and discussion. So apart from my own every day tasks of data-analysis, reading and writing, I write a lot of email, do skype meetings, fly over to my fellow colleagues and go to conferences and on fieldwork with them. All to make sure we combine forces and tackle this problem together, and I think it is the most special, thrilling and rewarding part of my job

Our team! and a little video about our project

What I'd do with the money

I would like to make a short but professional video about my job and the project that I’m in and share that on social media and youtube so I can engage even more people to geoscientific research!

I think my research is about an amazing period in the history of the earth, where something really spectacular happened and almost no one knows about it. That’s why I would like to make an entertainment-education style short video about this Mediterranean salinity crisis. In this video I will tell about this historical event and show how it could have happened. With a bit of effort I hope to draw some attention to it on social media and youtube, make the world a bit smarter, and more enthusiastic about their earth and geology.

How would you describe yourself in 3 words?

Who is your favourite singer or band?

What is the most fun thing you've done?

this is impossible to answer of course. But one of the many things I could think of is a beautiful 4 day hike through a mountain range in South Africa. Just me and my friend, no one around, cooking on self made fire, and gazing at the stars.

What did you want to be after you left school?

I don’t really remember..not a scientist, that’s for sure! I actually never really expected to become one, it just sort of happened…

Were you ever in trouble in at school?

I always pushed it right to the edge of what was still acceptable :)

What was your favourite subject at school?

What's the best thing you've done as a scientist?

Giving a presentation on a scientific conference in Istanbul. It was very scary, but also great.

What or who inspired you to become a scientist?

During my master I followed a course which i really liked on very precise dating of sedimentary rocks, so when I heard about the project I’m doing now, which involves a lot of this kind of dating, I was enthusiastic right away!

If you weren't a scientist, what would you be?

I would probably work in a environmental development company giving advice on big projects like building a city, or a highway, or a dam. It’s something I would still like to do later on in life!

If you had 3 wishes for yourself what would they be? - be honest!

Tell us a joke.

It is white and if you eat it you will die….? A refrigerator!

My favourite place on earth is?

I really like travelling and I have travelled to many places but in the end my favourite place is still Amsterdam, my hometown and the most beautiful city in the world, where I know every corner and where most of my friends live. 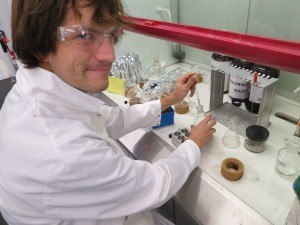 preparing rocks in the lab for analysis 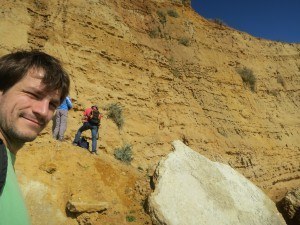 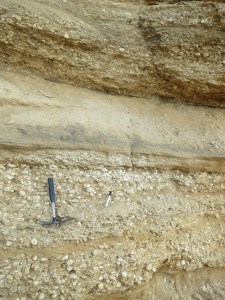 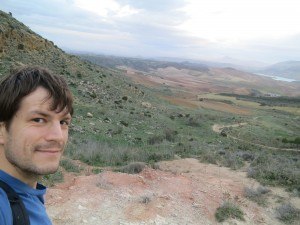 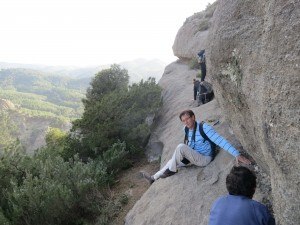 fieldwork takes you to great heights 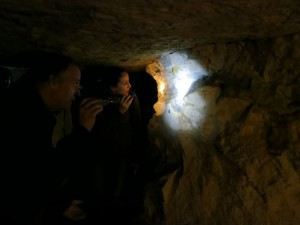 looking at rocks in a cave 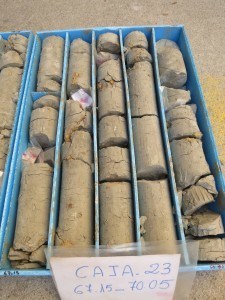 the rocks that I most work on; taken from 200meters under ground, with a big drill. 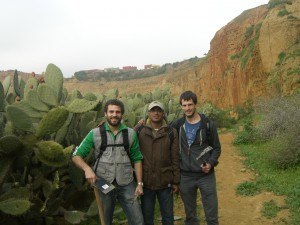 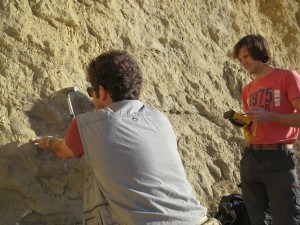 taking a sample and registering it. 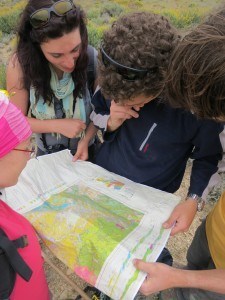 Our friend: the geological map! 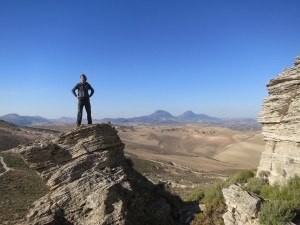 This is the best part of fieldwork