Goodbye and thanks everyone! It's been great fun!

Favourite Thing: Being on oceanographic cruises or doing anything else sea-related. And going on fieldwork, especially in remote places.

Country I live in:

Junior research associate at the Euro-Mediterranean Centre on Climate Change (CMCC) in Bologna, both in 2010 (after BSc) and 2012 (after MSc)

Me and my work

I make computer simulations of the Earth’s climate, to study how it works today and how similar or different it was millions of years ago. Then I combine this with the data that we collect in the field.

I’m Alice, I’m italian, but I’ve been living in the UK for the last couple of years. I lived in Southampton (where the Titanic left from!) for about a year when I was doing my masters degree and at the moment I’m based in Bristol, a really fun and active city in the South-West of England. It’s a great place to live if you manage to forget about all the rain! Here I’m doing a PhD in the School of Geographical Sciences, studying the dynamics of climate.
I am a numerical modeller, which means that I spend most of my time working on computer simulations. The models I use can’t work on normal PCs, but only on huge machines that are as big as a room! The one that I am using at the moment is called “Blue Crystal” and it is seriously big (see picture below). These models are very powerful and can simulate the activity of the ocean, atmosphere and vegetation, sometimes also ice sheets, all at the same time and everywhere in the world. Unfortunately it takes a long time to run these complex simulations. 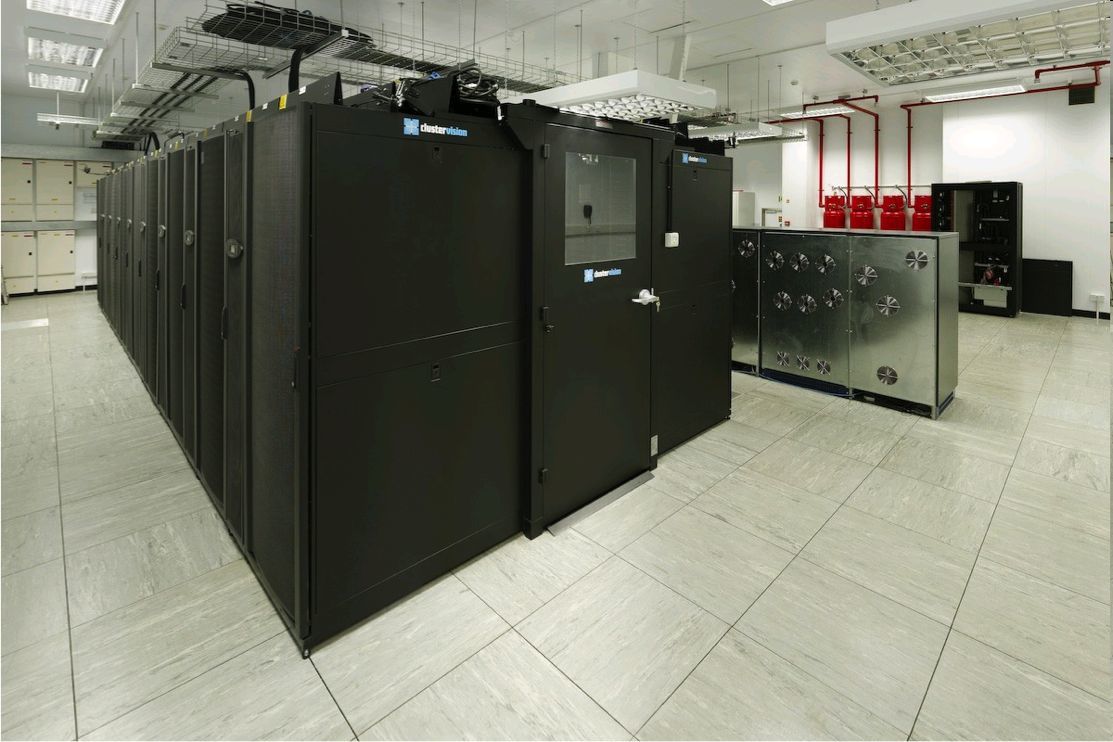 For my PhD I am particularly interested in the climate during the “late Miocene”, a geological time period between about 11 and 5 million years ago (dinosaurs were already extinct, but humans were not there yet). We think that at this time the Earth was wetter and warmer than it is today, and a catastrophic event called the “Messinian Salinity Crisis” occurred in the Mediterranean Sea. The water exchange between the Mediterranean Sea and the Atlantic Ocean (which today happens via the Strait of Gibraltar) was limited and therefore most of the Mediterranean water evaporated, leaving lots of salt deposits behind. Today we can still find about 1.5 km of that salt which was deposited during the late Miocene laying under the Mediterranean Sea!
So this is a very interesting time period to explore and I also study monsoon systems, especially the North African one, and compare the differences and similarities between the late Miocene and present-day. In fact, most of the freshwater going into the Mediterranean Sea comes from the North African rivers (especially the Nile) and when the monsoon is strong there is obviously a lot more water flowing through these rivers. In particular, I study how the monsoon changes in relation to orbital parameters, those that regulate the movement of the Earth around the Sun.
But that’s not all…
I am also very lucky because I get the chance to go and see the things that I model with my computer simulations in real life! I have been on a research cruise in the subpolar North Atlantic (we were between Iceland and Scotland) to study how ocean currents change year after year in those regions. Did you know that the water exiting the Mediterranean Sea can sometimes travel that far north?!
I have also been on fieldwork, especially in Spain and Morocco, where we can still find traces of some of the events that happened in the late Miocene. This can help us understand what was going on during the Messinian Salinity Crisis. However, this event is still a bit of a mystery, so we have a lot more work to do on it!
Finally, my job is to combine the data that me and my colleagues collect in the field and compare it to my computer simulations. Or sometimes I specifically create simulations to try and understand the things we see in the field.
This is the most exciting part of it! The collaboration between scientists with different expertise and backgrounds is always very interesting and rewarding.

On a “standard” day I mainly work at my desk, running my computer models and analysing their results, or writing scientific papers. But if I’m lucky, I might be on a boat, climbing a mountain, or at a conference in a foreign country.

A “standard” day means that I am at my office in Bristol (which I share with 25 more people – a bit like a classroom!) and I am most likely working on my computer, either running simulations or analysing the results that the model has created over the last few weeks (yes, that’s how long it takes for the simulations to run). Otherwise I might be trying to write a scientific paper or helping out with the teaching going on in my University (especially in the computer labs), or discussing my results with my supervisors (professors). If not, you might find me in the common room with my colleagues drinking tea (we’re in England after all!).

I am not always in Bristol, though. I am very lucky to be part of a very exciting project which gave me the chance to attended a lot of courses hosted by other universities or industrial companies during my PhD to specialise in other disciplines other than just numerical modelling. I also often go to conferences, both in the UK and abroad. For example, in the last two years I have been to Belgium, France, Austria, Turkey, Hawaii (!!)…or my last trip was to San Francisco, just before Christmas.

I have also spent quite some time in the field, learning more and more about geology, so there have been weeks when a “standard” day meant that we were climbing a mountain, hammering rocks, drawing pictures of what we see and taking measurements. My favourite days were definitely the ones we spent in remote places in Morocco, where in the small local villages they never see tourists, just geologists! I’ve added some pictures from our fieldtrips at the end. 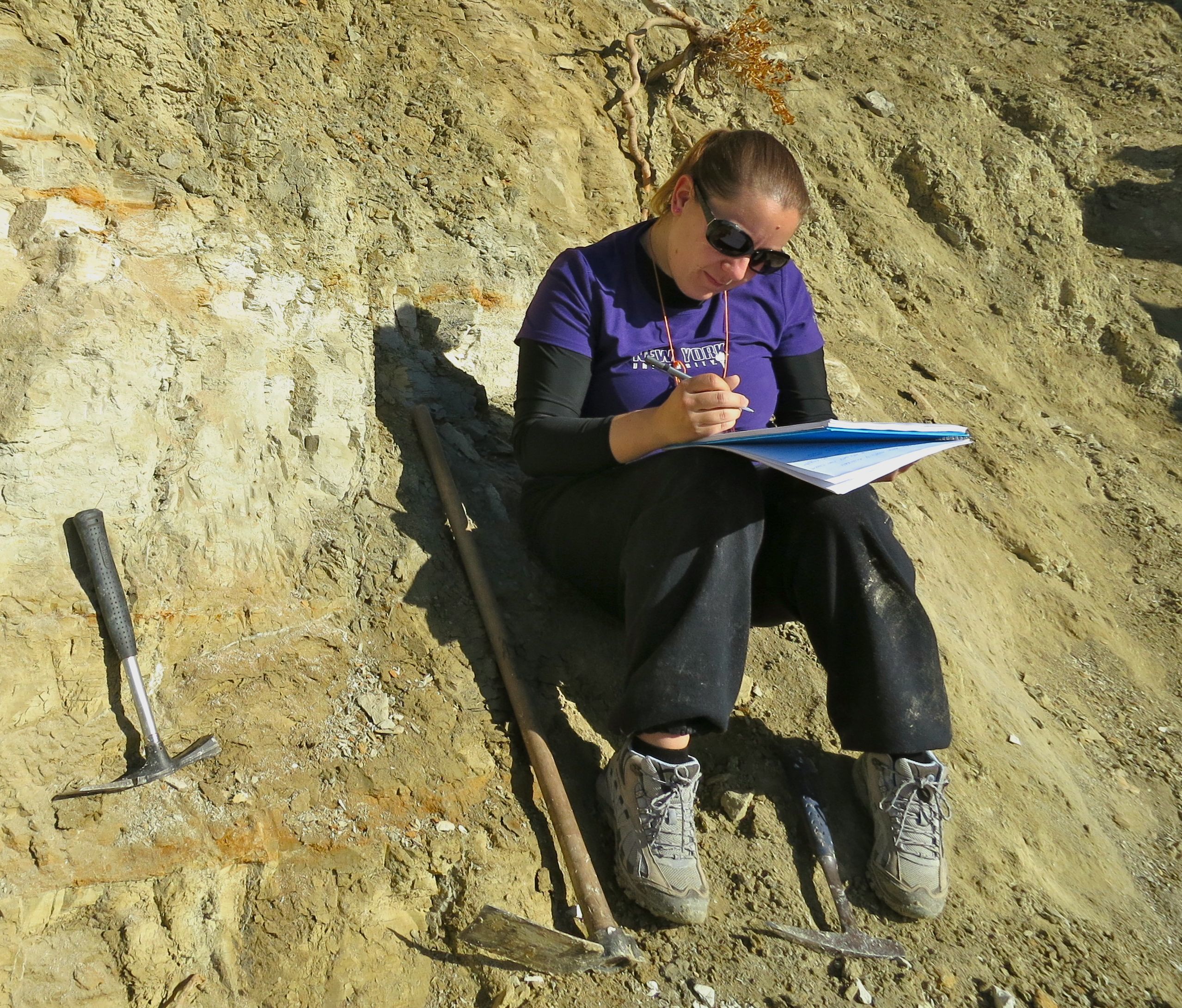 This is me after learning how to log a geologic section in the field and feeling like a proper geologist! 😀

When I was at sea on the research cruise a “standard” day meant waking up at 3.45 am (yes, every day!) because my first shift would start at 4 am and end at 8 am just before breakfast (when everybody else would wake up!). My other shift was 4-8 pm, so I normally had to catch up on sleep between the two and then go to bed early after dinner because another round would start early the morning after. During our working hours we would be sampling sea water by sending instruments deep down in the ocean, checking that all the scientific equipment around the ship was working fine, and analysing the data that we were collecting every day. In our spare time we were mainly trying to spot whales, watching beautiful sunsets over the ocean, watching a movie or reading a book in the library, or most likely drawing on polystyrene cups that we would then send to the bottom of the ocean together with the scientific instruments, to see them being shrunk by the incredibly high pressure that increases as you go deeper (this is the main hobby that scientists have on a research cruise!). See pictures of the cruise below.

What I'd do with the money

Organise activities for the next outreach events in Bristol, such as Bristol Green Capital, Festival of Nature, Researchers Night, Doors Open Day. We also want to shoot a short movie that we will put online and show at these big science festivals, too.

For the rest of the year Bristol will be buzzing with public activities and science dissemination. There will be interactive stands where everybody can join in and try some activities or discuss with the scientists. Me and my colleagues are planning to participate in these and organise additional demonstrations and experiments. In addition, we would really like to shoot a short movie to explain what climate modelling is in a fun way. A successful attempt here in Bristol has been the simulation of the climate of Middle Earth from the Lord of the Rings, which was compared to the climate on our planet. This turned out to be a great way of explaining what climate models are capable of, using a subject that people are more familiar with and excited about. The next project is Game of Thrones and understand why “winter is coming”! So stay tuned ;)

How would you describe yourself in 3 words?

Who is your favourite singer or band?

I listen to a bit of everything…right now I am looking forward to the next Florence & The Machine album coming out in the summer! But my absolute favourite artist is Elisa, an italian singer.

What is the most fun thing you've done?

What did you want to be after you left school?

I wasn’t entirely sure! I actually changed my University degree two years in. First I was studying Biomedical Engineering, then I switched to Environmental Sciences and finally found my way, studying oceanography and climate. It is not always so easy to make a decision just after school, we are not all born knowing what we want to do “when we grow up” :)

Were you ever in trouble in at school?

Not really in trouble, but I often got told off for chatting and/or giggling during classes…

What was your favourite subject at school?

What's the best thing you've done as a scientist?

Establishing a great level of collaboration between different disciplines and people within our big project. And going to places that were previously largely unexplored.

What or who inspired you to become a scientist?

I think it was mainly about the scientists I met and worked with. They taught me so much. So I decided that I wanted to do a PhD, since there were so many more things that I still wanted to learn and do.

If you weren't a scientist, what would you be?

Maybe an interior designer…or a travel journalist who gets to go to lots of cool places around the world.

If you had 3 wishes for yourself what would they be? - be honest!

1. Finish my PhD in the next year! 2. Get a chance to go travelling and scuba diving for at least couple of months after I’m finished. 3. Find a science-related job that keeps me enthusiastic and interested everyday (or most of them!)

Tell us a joke.

Do you know why you should never lend money to a geologist? Because they consider a million years ago to be recent!

My favourite place on earth is?

A desert island I have been to, in a faraway atoll in Maldives, a pure natural paradise.

Pictures from the the North Atlantic cruise. Sampling sea water collected by the CTD (this instrument measures water properties and depth), sieving through lots of mud, decorated polystyrene cups (the deeper they go, the more pressure shrinks them), pilot whales and beautiful sunsets near Iceland. 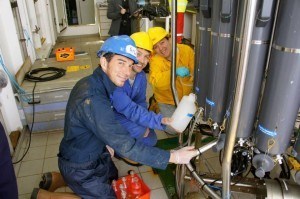 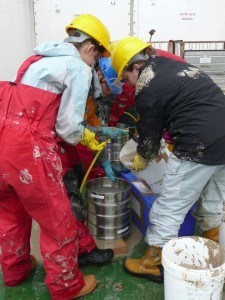 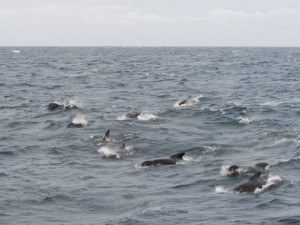 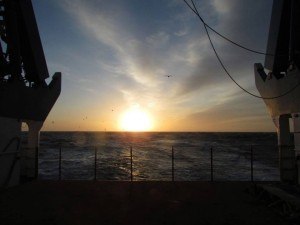 Pictures from fieldwork in southern Spain. Working at different geologic sections, gypsum deposits from the late Miocene and us exploring the gypsum caves. 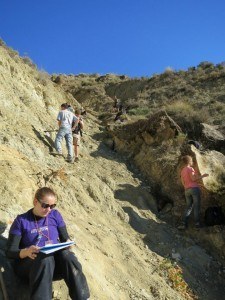 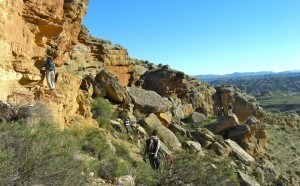 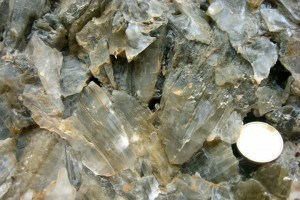 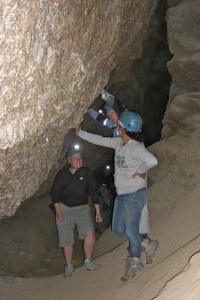 Pictures from fieldwork in northern and western Morocco. Our awesome cars for the expedition and one of my favourite sections on the coast. 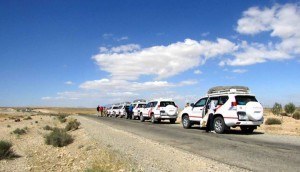 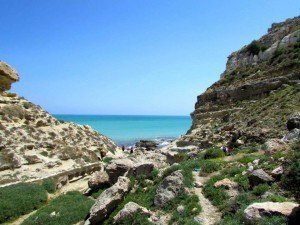 Me and my poster at a conference in Istanbul and me in the geochemistry lab at a course in Glasgow. 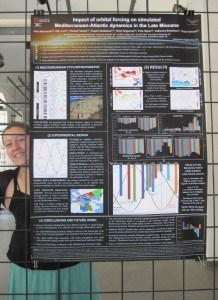 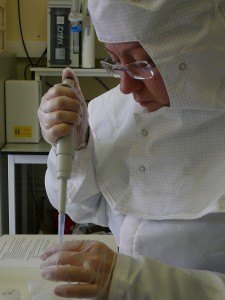